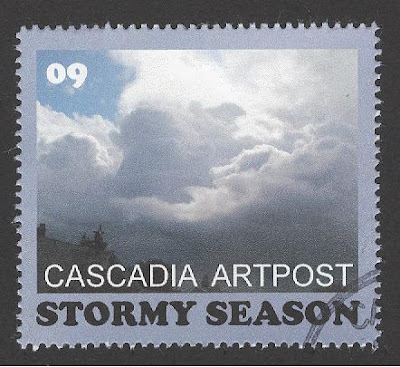 Weather in the western portions of Cascadia (British Columbia, Oregon, and Washington) west of the Cascade mountain crest follows a distinctive annual pattern. Three-quarters of the precipitation falls in the six wettest months of the year, from the month of October through the month of March. Most of the time, proximity to the Pacific Ocean and the barrier of the Cascades shield Cascadia from frigid winter temperatures. Precipitation falls as rain in the lowlands and as snow above 3,000 feet elevation. Summers in Cascadia are very dry, matching the time when days are longest. Winters are exceptionally dark here much of the time as a consequence of heavy cloud cover and short daylight of the northern latitude, with briefing clearings marked by angular light. The tradoff of living in Cascadia is the very dry summer of long beautiful days.

The break from summer is usually marked by an early storm, which can occur any time between early September and early October. This year, such a stormy period occurred on September 6-7. Cascadia Artpost tried to capture the essence of what we call the "Stormy Season" through a photo of stormy afternoon cumulus clouds boiling over Seattle, Washington.
Posted by Jack at CASCADIA ARTPOST at 10:53 AM